Read reviews from Bernard Law Group clients. We value our clients’ input and continually use it to improve.

No law firm is perfect, but we are dedicated to being the best!

Bernard Law Group does everything possible to get the best settlements for our clients. Here are some Bernard Law Group reviews from satisfied clients that received more than they ever expected. We were thrilled to help them!

As a result of the settlement that Bernard Law Group won for me, I’m able to put myself through school and plan a wedding. I’m doing really well financially!

My settlement amount allowed me to buy my first condo and I was extremely pleased about that.

Alice Johnson was seriously injured in a car wreck and needed surgery. That’s when she called our Seattle car accident lawyers. We fought to get her the settlement she deserved. The following is her Bernard Law Group Review along with other reviews of cases we’ve resolved for Seattle car accident victims.

When I got out of the vehicle, I was rear-ended. I had a broken leg, broken in three places, my knee was broken in two places.

It was professional all the way through and that was very helpful. If had it to do over again, I would definitely hire the Bernard Law Group.

We were stopped at a red light, and a gentlemen came off and hit us. I had back surgery in January of 2008 and that alone was a hundred and seven thousand dollars.

Bernard Law Group was there with me every step of the way.

I just felt really at ease going with someone that I thought would really help us and I feel like Bernard Law Group helped us fantastically.

I was in a head-on car accident, and the person that hit me had no car insurance. I had uninsured motorist insurance, but my insurance company didn’t return my phone calls, didn’t seem to care, so I called Kirk Bernard.

Kirk Bernard did more than get justice for me. He hit a home run!

I was stopped and a lady rear-ended me. When I called Bernard Law Group, they took care of everything.

I never had to deal with the insurance company again. I didn’t have to deal with any of my medical bills again. I would highly recommend Bernard Law Group. 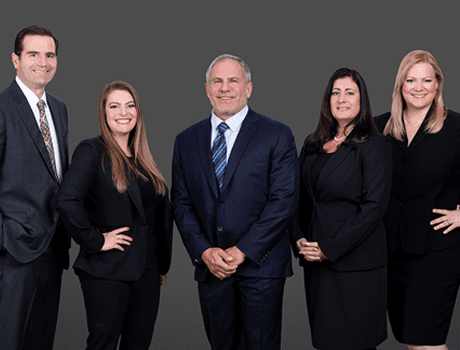 Sometimes less is more, unless you’re talking about a settlement of course! Here are some quick Bernard Law Group reviews from satisfied clients that get right to the point.

They’re very thorough, very efficient, they get the job done.

They settled my case and I was absolutely thrilled with the outcome.

They were more professional than any attorney I’ve ever dealt with.

I would recommend anybody to the Bernard Law Group.

This is a letter of appreciation for everything that Tom Budinich and Laura Wai have done for me during this most difficult time since my ‘accident’ of July 2005.

Summarily, I was rear-ended by an underinsured motorist while I was waiting at a stop light. Though this was just an ‘accident’, had the other driver not been on his cell-phone, it may have never occurred. To this day I have unresolved issues regarding a return to 100 percent. I have since had a second anterior cervical fusion, both with hardware, and would have found the potential lawsuit next to impossible to achieve on my own.

From my initial contact with Tom (and Laura) through my most recent visit just here in September 2009, they have both made me feel nothing but comfortable, cared for, and important to them.

Tom took the time to understand my injuries and issues. He then took that understanding and continually pressed both involved insurance companies to pay up to the what we felt the value of the injuries-incurred was. He was always in contact with me whenever something changed, and a few times just to even ‘check-in’, as it were.

Laura too was extremely diligent and persistent in her negotiations with various insurance options and PIP coverage in getting payments made and/or adjusted, or me paid for out-of-pocket expenses any time I felt I needed that help, which initially was somewhat often.

This was a very difficult time for me, especially the first two years, but I have since made peace with the fact that I cannot change what happened, but perhaps the negative residual is considerably less thanks exclusively to Tom and Laura. Please share my gratitude with both of them.

I thank them both sincerely.

Injured? Speak with a Bernard Law Group Attorney Right Away!

We will answer your injury & accident questions & examine your claim.

Call 24/7 for your FREE consultation.