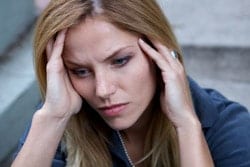 If you have suffered from the usage of the Mirena IUD, the experienced Mirena IUD attorneys of the Bernard Law Group can help. The Food and Drug Administration has called into question the marketing techniques used for this contraceptive device. Get the compensation you deserve.

An estimated two in 1,000 females who have used this device have suffered from a uterine perforation that entails a wide array of potential complications.

If you have suffered this or any other side effect due to the usage of the Mirena IUD, then you owe it to yourself to give our team of Mirena IUD attorneys a call to explore your legal options through a free consultation service.

The Mirena Intrauterine Contraceptive Device (Mirena IUD) is meant to be used by mothers who have already had one child. It is designed to work for up to five years without having to be replaced. Bayer was responsible for the release of the product as well as its marketing, and there is one particular marketing strategy that drew the attention of the FDA.

Partnering with the Mom Central social networking site, Bayer tasked a representative from that organization as well as a nurse practitioner with traveling to private environments to host a cadre of potentially interested users for what was known as a Mirena party. The nurse practitioner was given a script from which she was supposed to read.

This script contained a variety of statements that the FDA alleged have simply not been proven by Bayer. For instance, one benefit detailed was the device’s ability to make the user look and feel great. The FDA found no evidence of such. The FDA also took issue with claims promoting a benefit to intimacy and a reconnection with the female’s partner. Neither of these things have been proven either.

In December 2009, the FDA sent Bayer a warning letter explaining the problems they had with the script used for the parties. The letter also detailed the safety organization’s disagreement with the statement that the user doesn’t have to follow any sort of daily, weekly, or monthly routine, text which was also found in the script. Plus, the FDA worried that certain risks associated with the device were not adequately set forth.

Side Effects of the Mirena IUD

Those side effects should not be underestimated. Users could be subjected to a number of complications. Females who use the Mirena IUD might experience irregular bleeding, pelvic and menstrual pain, tender breasts, headaches, vaginitis, and cysts in the ovaries.

However, more serious issues could present as well. These typically take the form of of pelvic inflammatory disease, group A streptococcal sepsis, device embedment, an ectopic pregnancy, or an intrauterine pregnancy in which the device remains in place when a pregnancy occurs, leading to an increased risk of infertility or even a miscarriage.

There is also a potential for the device to perforate the uterine wall. The risk of this is more apparent in women who are lactating, who have uterine anatomy that is atypical, and who have started using the device in the postpartum stage. The removal of the device upon perforation can only be facilitated through surgery.

Surgery may also be required to correct serious issues that would further compromise a woman’s health. These include infection, a blockage of the intestines, scarring and other damage to the internal organs. For instance, the Mirena IUD can puncture the intestines or bladder, and the device can move into the abdominal cavity.

Health Canada has stated that reports of perforation continued to come into Bayer after the device had been released to the market. As recently as June 2010, the FDA’s counterpart to the north was providing medical professionals with safety information related to Mirena perforations. Even though Bayer discontinued the practice of holding a Mirena party early in 2009, adverse incident reports were clearly still being made. The Bernard Law Group Awaits Your Call.

Defective Mirena IUD Lawyer based in Tacoma, Everett, and Bellingham

Our legal team is concerned that women may have used the Mirena IUD due to the questionable claims made during the aforementioned Mirena parties. It’s unknown how many instances of usage can be attributed to these parties, but given the history of the device and its side effects, even those who received word of the device from another source might qualify for legal assistance.

The Bernard Law Group wants to help those persons who have suffered complications tied to this defective device. Our attorneys are researching potential courses of action and compiling information related to the Marina IUD. As such, we are offering free consultations to those who have been adversely impacted by its use. Call us today and learn what legal options might be at your disposal.[/vc_column_text][/vc_column_inner][/vc_row_inner][/vc_column][/vc_row]