A Rochester motorcyclist, Scott Bliss, was awarded an $18.5 million settlement after a tragic and preventable accident sent him to the hospital in critical condition with life-threatening injuries. Many others suffer the same fate and yet, not all victims seek help. 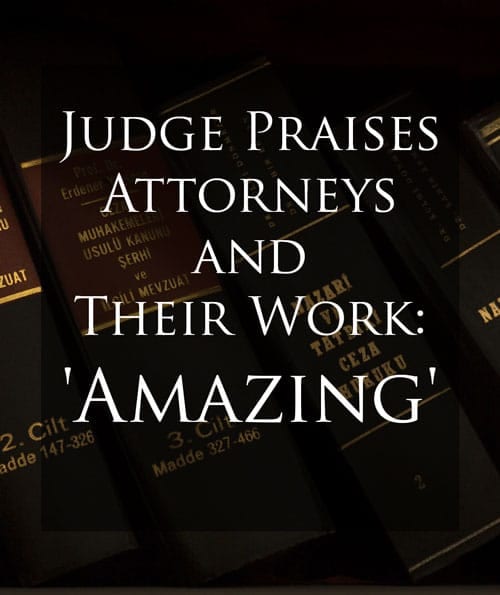 The tragic accident involving the motorcycle rider happened at approximately 5:20 a.m. on April 17, 2015. Mr. Bliss was traveling on the Interstate 5 on-ramp off Harrison Avenue in Centralia when he collided with a dump truck that made an illegal U-turn across the on-ramp. Due to the severity of the impact, Mr. Bliss suffered permanent brain damage, in addition to a host of other injuries. The horrific and serious injuries he sustained in this accident left him fully dependent on the help of doctors and medical professionals for the past year. Had a flagger been present, this horrific accident would have been prevented.

The lawsuit that was originally filed in June of 2015 named Washington State Department of Transportation, a contractor used by the Washington State Department of Transportation, and the dump truck driver as the defendants. It sought to help Mr. Bliss fight for justice, helping others in a similar situation to learn they, too, should never back away from fighting the Goliath.

During a court hearing at the Lewis County Superior Court, the judge approved the $18.5 million settlement after claiming that the “extraordinary injuries” Mr. Bliss suffered help explain the large sum. According to the victim’s attorney, Kirk Bernard, this settlement could be the largest of its kind in the history of Lewis County.  At the end of the court hearing, the judge stated that it is truly “amazing” they were able to resolve this case so quickly.

Most importantly, this case helped to raise awareness to how often people are severely injured in work and construction zones. Due to improper signage, many drivers, riders, passengers, and workers suffer tremendously. Mr. Bliss’ case is the perfect example of that.

According to attorney Kirk Bernard, Mr. Bliss is grateful that this case has been resolved. He also said Mr. Bliss is thankful for the support he received from everyone, including the first responders, medical professionals, his community, and his legal team. After spending over a year in hospitals and rehabilitation facilities, he is now happy to be home working on moving forward with his life.

We hope that if you’re like Mr. Bliss and you’re seriously injured in an accident caused by somebody’s negligent actions, you will not hesitate to contact us for help. Our qualified attorneys will help you by giving you a free assessment of your case. Do not wait any longer to find help.