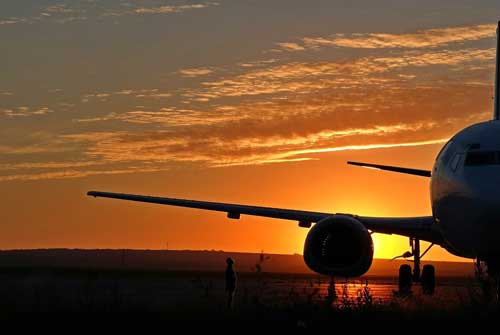 If Aviation Accidents Happen, You Will Want An Attorney At Your Side

Whenever we step on a plane, all we’re thinking about is our destination. We never truly stop to think of the potential risks associated with air travel. But whether we’re on a commercial airplane, commuter plane, or air taxi aircraft, the reality is that an accident is always a possibility.

Unfortunately, victims of a plane crash are often left in the dark when it comes to their rights. And as a result, they will seldom look for legal counsel when injured in aircraft accidents.

Private Planes Are Nearly As Deadly As Cars

While statistics show a 75 percent drop in total deaths associated with general aviation accidents, plane accident rates remain basically the same, with one death per every 100,000 hours.

Because many in the public are unaware of the risks, they will often believe that they much safer if they travel by plane. With the demand for air travel increasing in the upcoming decades, we should expect to see a great deal more accidents as well. Unfortunately, that might mean that more victims will end up feeling cornered, not knowing whether they should just trust the companies behind these planes.

With the help of an aviation accident attorney, a victim is able to assess his or her situation. He or she will also learn whether they are entitled compensation.

What Are The Most Common Aircraft Accident Causes?

Not all aviation accidents are deadly. But most of them do result in injuries.

Too often, aviation accidents are caused by pilot error, but at other times, equipment failure is to blame.

Here are some of the most common causes of plane crashes:

Aviation Accident Victims: Do Not Try To Fight For Justice Alone

Speak With Our Washington State Attorneys in:

Building a case involving an aviation accident isn’t easy. But when you have the right set of lawyers at your side, then you will have no trouble seeing justice be served.

At Bernard Law Group, we take pride in putting our clients first, whether they are victims of car, bicycle, train, or plane accidents.

Because you want a group of attorneys who are serious and good at what they do, leaving it for later what you can do today can actually lower your chances of receiving the recompense you deserve.

Severe damage, impact, and other factors may end up leading to a loss of evidence. Having an attorney who knows what they are doing will make the difference.

Are You A Victim Of A Plane Accident?

To learn more about what we can do for you, contact our law firm to have your case evaluated for free.

IF YOU, OR A LOVED ONE, HAVE BEEN SERIOUSLY INJURED AS A RESULT OF A WASHINGTON AVIATION ACCIDENT – CALL TODAY FOR A FREE CONSULTATION!