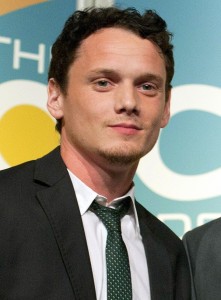 Hollywood, as well as the entire country, woke up a little sadder earlier today with the news that Star Trek actor Anton Yelchin had passed away due to a possible incident with his Jeep Grand Cherokee. The incident, which is now under investigation by California authorities, is now being tied to potential issues that may or may not have been addressed after the actor’s vehicle model was recalled in April.

According to a series of news reports, the 27-year-old actor’s body was found pinned between Yelchin’s house’s gate and his car, a 2015 Jeep Grand Cherokee. According to the reports, Yelchin’s friends found the star’s body Sunday. Preliminary investigation shows that the vehicle rolled backward down the steep driveway.

The 2015 Grand Cherokee model was recalled back in April after Fiat Chrysler learned of an investigation that was carried out by the US National Highway Traffic Safety Administration. At the time, regulators found that the design of the transmission in the 2014 and 2015 Jeep Grand Cherokees manufactured between July 16, 2012 and December 22, 2015 was defective since drivers may fail to recognize that the transmission is not in the “park” position. If that occurred, the vehicle would end up rolling away, exposing bystanders and other vehicles to collision risks. Due to the investigation and the concerns brought up by regulators, the company launched the recall in April.

After California officials claimed they are investigating the possible link between the issue that prompted the recall and the deadly incident that claimed Yelchin’s life, the company released a statement saying that it’s still too early to determine whether the transmission issue has anything to do with the incident. But the company also concedes that this tragic incident and the regulators’ pressure will help the firm enhance its transmission-shift strategies.

While the authorities are still working on digging in deeper to figure out whether the incident could have been prevented, it’s important for our readers to keep in mind that auto recalls tied to safety risks should never be ignored.

All too often, drivers act as if incidents prompted by equipment failure is something uncommon. But accidents tied to problems that later lead to recalls are frequent. Drivers who are concerned about their safety and the safety of their loved ones should not ignore the risks.

For more on the tragic accident involving Yelchin, a rising star follow this link or watch the video below.