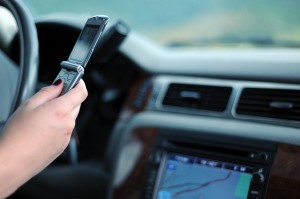 A Colorado State Trooper nearly lost his life to a distracted driver on October 11, 2007. At the time of the accident, the trooper was left with broken legs and post traumatic stress disorder. His partner wasn’t as lucky since he lost his life.

The driver involved in the accident that claimed his partner’s life was a teenager. At the time of the accident, the trooper whose life was spared claimed to be filled with anger. But as he recovered, he also learned to forgive.

What other victims of distracted driving like the Colorado trooper are simply unable to forgive is the behavior itself. Drivers should never forget that the vehicles they operate are weapons. If they do not know how to use them responsibly, they will expose innocent victims to serious accidents.

While the trooper has forgiven the driver who broke his legs and put an end to the life of his fellow trooper, he hasn’t stopped working to get distracted drivers off the roads.

Others should learn from his story.

Distracted driving is not only associated with phone use. Drivers may become distracted if they are using a GPS system, if they are handling pets or children in the back seat, or if they are simply talking to other passengers. Eating and drinking may also increase the risk of distraction, making accidents more likely.

Teens and young adults are the age groups most likely to be involved in an accident caused by distracted driving. If you would like to avoid accidents and stay safe, the first thing you should do is to put your phone down and let your passengers know that you cannot be distracted while operating a car.

As studies find that both handheld and hands-free phone use can lead to distracted driving, motorists who are serious about safety should remember that even if they are dictating orders to their phones while behind the wheel, the cognitive distraction may also lead to accidents.

For more on the tragic accident involving the Colorado State Trooper, watch the video below: