Toyota has recalled a series of vehicles over transmission issues, prompting many news outlets  everywhere to publish warnings of the Toyota recalls to drivers. If you have a personal injury in the state of Washington or have suffered in a car accident contact the Bernard Law Group.

According to the reports, the 2019 Toyota Corolla Hatchbacks come with continuously variable transmissions that may not work as they should. That’s due to the torque converters, which could fail unexpectedly. In this situation, the driver cannot accelerate the car forward. And if this happens while the car is moving at high speeds, then an accident may happen. Car accident statistics These types of accidents are included in the car accident statistics in Washington and Nationwide.

Toyota included at least 3,400 vehicles in this recall, but reports do not indicate whether other models are also at risk. 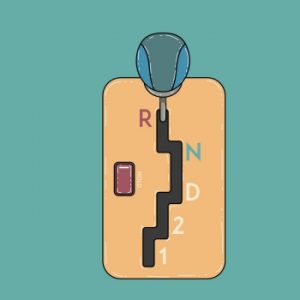 Do You Own A Toyota Listed Under This Recall?

The company announced the remedy for this recall involves installing a replacement CVT. The new part will have a revised torque converter to avoid similar problems. While the fix will take some work, it won’t cost car owners a dime.

Toyota said that, so far, the firm cannot fix all vehicles listed under this recall as it lacks replacement parts. So at the moment, dealers are sourcing the components they need to get the job done. Car owners with the recalled vehicles will get two notices, one about the recall and a second one when Toyota has parts ready.

It’s important that car owners do not ignore recalls such as this. Because safety issues may lead to crashes and injuries, these recalls are serious. That’s why we often report on these, especially if they may lead to injuries.

In addition to the transmission recall Toyota there was another recall for torque converters.

What are torque converters?

Below we have listed some of the signs that you’d see if you have torque converter problems:

What to do if your car has a recall

Whenever you learn your car has an open recall, you should act immediately. Never be afraid of contacting the manufacturer to learn more. It’s their duty to make sure you’re completely aware of potential equipment flaws.

If you would like to learn more about this recall, follow this link. But if you’re ever in a car accident caused by a third party and you suffered injuries, do not hesitate to contact us. We have over 30 years of experience in helping victims of car accidents and their families.