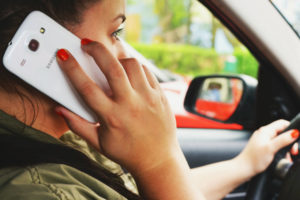 Drivers seldom take time to look at their own driving record and think about the mistakes they often make while behind the wheel. But even if you consider yourself a good driver, learning about the importance of driving safely and avoiding distraction may help you to avoid serious auto crashes in the future.

The problem is that many people are still unsure of distracted driving truly is, and they often believe that they are immune to the risks.

But as the nation ignores the dangers, the number of deadly crashes associated with distracted driving continues to rise.

According to the US National Highway Traffic Safety Administration, the number of fatal auto crashes has risen 7.2 percent last year, making it the largest increase in 50 years. While not all deadly crashes were directly associated with distracted driving, at least 10 percent were. Official data shows that this percentage represents an 8.8 percent increase.

The many activities that have helped to prompt this increase include cell phone use, applying makeup, drinking coffee, and eating. But distractions come in different sizes and shapes.

According to a recent survey carried out by the Everquote app, nearly 100 percent of respondents agreed that they saw themselves as good drivers, but at least 56 percent also admitted to using their phones while behind the wheel.

Despite the eanswers the app received, data shows that 96 percent of the drivers who used the app had used their phones at least once in the past 30 days. At least one call per trip was the average.

These discoveries help us have a better understanding of how often drivers actually look, handle, or talk over their phones, and why it’s so important to continue reminding cell phone users of all ages to avoid distractions at all times.

While this research reflected drivers nationwide, Washington drivers should keep in mind that distracted driving has been associated with the increase in the number of deadly crashes. Instead of looking at your phone while behind the wheel, put safety first by putting the phone down and looking up.