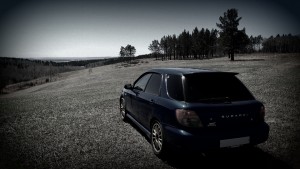 All too often, major automakers launch recall campaigns that impact popular vehicles. Many of these recalled vehicles are often recalled over crash risks, and the results are sometimes tragic.

The latest two auto recalls released by the US National Highway Traffic Safety Administration are both related to crash risks. Enough reason for consumers to avoid ignoring these reports.

According to the first announcement, Subaru of America has launched a recall campaign that impacts all units of the 2017 Outback vehicles manufactured within the period between June 20 and June 23 of 2016.

These units may have been fitted with improperly tightened attaching bolts for the front and right brake calipers, the wheel hubs, and the right stabilizer clamps. If they are not properly tightened, the bolts may become detached and the related components may also become loose. This issue could cause the vehicle to become unstable and the driver may have a hard time attempting to brake or slow the vehicle down. In this case, a crash may occur.

Washington consumers with these recalled vehicles may have already been contacted. If you own one of the recalled Subaru Outback units and you haven’t been contacted yet, reach out to Subaru and schedule a visit to a dealer where the bolts will be inspected for proper torque. If necessary, the parts will be replaced entirely for free so you may avoid the crash risks associated with the loose components.

The second auto recall launched with the help of the NHTSA involves all units of the 2015 Hyundai Genesis sedan vehicles. Units listed under this recall were produced between February 1, 2015 and May 20, 2015. Since these vehicles come with seven-inch TFT-LCD instrument clusters that may fail to illuminate warning lights, may end up illuminating all at the same time, or may fail to display the correct vehicle speed, the driver may not be made aware of potential risks and crashes may occur.

According to Hyundai, recalled vehicles will be inspected at dealers where the instrument cluster software will be updated entirely for free.