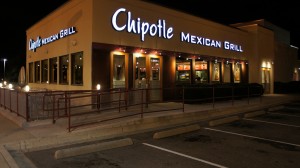 According to these reports, 45 people from six states have been sickened with the strain of the Escherichia coli O26. While most of the incidents occurred in Washington and Oregon, other consumers from California, Minnesota, New York, and Ohio were also exposed to the bacteria.

Consumers who fell ill may have been exposed to the organism between October 19, 2015 and November 8, 2015. Victims are between the age of 2 and 94 while 58 percent of them are women. At least 36 percent of the victims were sent to the hospital. No deaths have been associated with these outbreaks.

According to the Centers for Disease Control and Prevention, public health officials are investigating the outbreaks. Epidemiological evidence gathered by investigators show that a meal or an ingredient served at Chipotle restaurants is the likely source of the outbreak.

People who fell ill are being investigated. Health officials are asking them whether they ate anything else prior to falling ill so they are able to trace the origin of the outbreaks. So far, 96 percent of 45 people who were interviewed claimed to have eaten at a Chipotle Mexican Grill restaurant prior to feeling ill.

Consumers who are concerned about their health and safety should stay on top of the news to learn more about these outbreaks.

Chipotle has been associated with at least three major food poisoning incidents nationwide this year. Despite the repeating issue, the company hasn’t been able to identify the factors that have linked the chain of Mexican grills to the incidents, making it harder for executives to develop a plan to eradicate the problem and keep consumers from being exposed to contaminated products in the future. For more details on how the outbreak has spread and how consumers are coping with the risks, follow this link.

As investigators continue to look into the roots of these outbreaks, several consumers are filing lawsuits against Chipotle for its negligent behavior.

If you’re a consumer who has fallen ill after eating at a Chipotle restaurant in Washington, contact us to have your case evaluated by one of our attorneys.