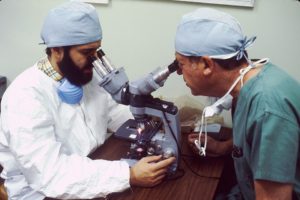 If a recent report published by the Associated Press is correct, the US Food and Drug Administration may have failed to launch or urge a company to launch a recall promptly after discovering Salmonella is certain peanut products.

According to the report, federal regulators used advanced DNA testing to confirm that certain samples of peanut butter had helped to confirm that the items had been contaminated months before they finally pushed the company behind the recalled items to act. If this is correct, they may have exposed countless of consumers to serious risks.

Currently, the FDA is capable of pushing companies to launch recalls if they spot issued with certain products, but even with this power, FDA agents waited three months to push for the peanut butter recall tied to products that sickened 14 people in 11 states.

The incident was discovered by the inspector general’s office at the Department of Health and Human Services. According to the federal official, the early alert sent three months after the FDA discovery wasn’t good enough.

According to the internal watchdog, the FDA needs to pay immediate attention to this problem. Especially because “people’s lives [were] on the line.”

When responding to the internal investigation, the FDA’s top food safety official claimed that cases brought up by the investigation are rare events. In most cases, the official guaranteed, recalls are launched promptly and in a matter of days. Despite making the argument in defense of his team, the FDA official also announced that it’s creating a group of food safety officials to have cases reviewed weekly.

Salmonella and several other types of bacteria may not be deadly to healthy consumers but to those who have compromised or weakened immune systems, being exposed to the bacteria may turn out to be deadly. Unless companies begin working tirelessly to avoid producing and distributing contaminated products, consumers will always be in danger, whether the FDA is efficient or not.
If you’re serious about your health and safety, remember that responding to food recalls immediately will help you to avoid health-related issues over time.

For more on this study and how the FDA may have not reacted fast enough, follow this link for more details.