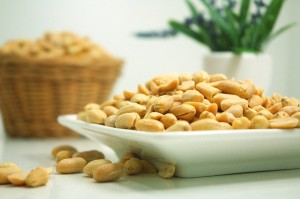 The latest food poisoning cases involving Chipotle have been flooding the media. But as many of us focus on what the Mexican grill is doing to remedy the situation and how health officials are carrying their investigation to identify the root of the outbreaks, other food poisoning-related incidents get mostly ignored.

The deadliest Salmonella outbreak in the recent history involved peanuts.

Between 2008 and 2009, peanuts produced and distributed by Peanut Corporation of America were responsible for nine deaths and 714 illnesses. Recently, the president and former owner of the company linked to these outbreaks faced justice. And for the first time in history, an executive in charge of a negligent company will face 28 years in prison for his role.

This is the first time in the United States history that someone is handed such a harsh sentence over Salmonella outbreaks.

The former CEO was accused of being aware of the potential contamination long before a recall was launched. He was also accused of having ordered to continue shipping the potentially contaminated products despite the risks.

To Food safety advocates across the country, this particular sentence could represent a major change to the way regulators and even companies handle food poisoning incidents.

If this unprecedented ruling is truly a game-changer, companies could now be more careful when it comes to allowing contaminated products to be distributed. While negligence in cases associated with contaminated food products is unethical, many companies fail to address the contamination issues on time. When these companies fail to act as soon as they learn that the products they are selling are contaminated, they put the lives of countless consumers in danger. This type of behavior should never be allowed and that’s why it should also be slammed in court.

At the time of the peanut-related Salmonella outbreaks, 48 states were impacted. To many food safety advocates, the fact the company never acted on its knowledge regarding the contamination shows that the deaths and illnesses could have been prevented if executives had been careful.

Click here to read more about the Salmonella-related outbreaks and their consequence.