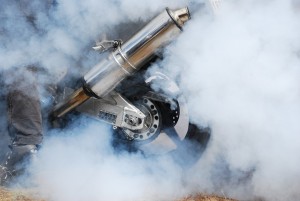 A motorcycle crash in Seattle has been reported. And according to several news reports, the man involved has unfortunately lost his life.

According to a series of news reports, an investigation is being carried out to determine how the deadly crash occurred. What we know is that the motorcycle rider was on the northbound lanes of 1st Avenue South when he was unable to negotiate the South Michigan Street off ramp maneuver. As a result, he allowed his motorcycle to go over the railing onto S. Michigan Street.

While it’s still too early to speculate, drivers should remember that certain factors like speeding are simply too risky. Until we know exactly how this crash happens, keep in mind that safety should always come first.

Ask any personal injury attorney and he will tell you that injury crashes are often preventable. Whether you’re a motorist or a rider, making sure you follow certain safety steps will help you to avoid future headaches.

For more information on the crash we just reported, follow this link.

If you’re serious about your safety and the safety of others, avoid taking part in activities that could expose you to major risks such as distracted driving, speeding, intoxicated, and drowsy driving.

Being a driver or a motorcycle rider comes with responsibility. Driving and riding safely means that you’re aware that the vehicle you’re operating can endanger the lives of others, as well as your own.

If you’re ever involved in a crash in which a third party was to blame for the collision and you’re injured, contact an attorney to have your questions addressed and your case evaluated. Do not wait until medical bills have piled up, act promptly.