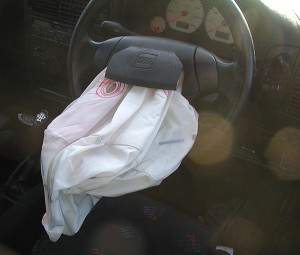 It pains to report on accidents that could have been prevented. Especially if the crashes are associated with recalled vehicles. That’s why we cover recall campaigns and urge consumers to have their vehicles fixed immediately. But too often, drivers are not made aware of the recalls because companies are not able to locate them. That’s what happened to a teenager recently.

According to a series of news reports, the National Highway Traffic Safety Administration reported that a 2001 Honda Accord driver died after a crash. The vehicle had been recalled previously because of a Takata air bag that came with inflators that could rupture mid-deployment. But the previous owner did not respond to the many letters and notices Honda sent over the mail. After the vehicle was sold or traded, the current owner was never registered with the company.

One day before the fatal crash that killed the current Honda owner, the company had managed to reach out to a relative. Unfortunately for the teen, it was too late.

If you’re a driver and you’re concerned about your car’s safety, check with the NHTSA if your vehicle has been listed under any recalls. Leaving open recalls unaddressed often lead to deadly crashes.

If you’re the owner of a used car, register your vehicle with the manufacturer. Too often, companies are not able to contact the impacted vehicle owner simply because he or she is a second owner. The company needs to have your updated details on file.

To consumers who are simply concerned about any open recalls associated with their vehicles, make sure to download the NHTSA app to your phone. With a quick search, you’re able to find out whether your car has been recalled for safety reasons. Once you learn about an open recall, contact the manufacturer immediately in order to schedule a visit so your vehicle can be inspected and fixed immediately.

If you’re curious to know more about this recall and how companies are working to develop fixes, follow this link for the full article.