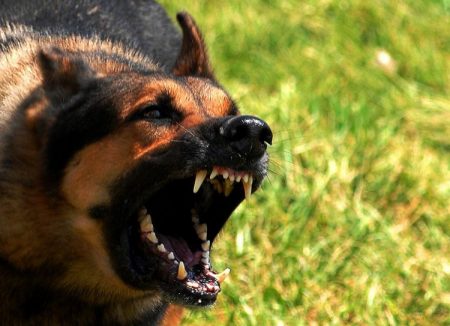 A story that could have had a deadly end is being shared far and wide by news outlets and online users across the state. Thankfully, our attorneys have been able to help and are now offering the media some important information on how victims of dog bite attacks should proceed. According to a series of news reports, a woman from King County feared for her life and the life of her service dog, after an attack carried out by a neighbor’s pet caused her great bodily harm. Bernard Law’s own Tom Budinich was called to offer his input on the matter.

The incident, which happened on May 30, took place while the victim was talking to her neighbor. The attacking dog’s owner had walked up to her, but his door hadn’t been shut down completely. That’s when the neighbor’s dog, a pit bull, boxer, and mastiff mix, ran out of his home, heading straight to the victim’s house. The running dog attacked the woman and her pit bull.

According to the victim, she thought she was going to die when the attack happened.

Before the dog attacked the woman by biting into her hand, it first attacked her service dog, flipping “him upside down,” she told reporters. When the dog finally bit into her hand, she felt the teeth deep “all the way down to the bone.”

The victim contends that her dog never provoked the attack, and that she has had her pit bull for three years.

In an interview for Kiro 7, Bernard Law’s Budinich talked about dog owner liability in the great state of Washington. He explained that, “if you’re bitten by dog, you’re entitled to be paid for your pain and suffering, for your medical bills, any wage loss.” But in order to make sure that will actually happen, victims must be able to find the owners of the dog involved in the incident, and that may be one of the main challenges. Hiring an attorney for this type of personal injury case is essential, especially when looking for recoverable assets against the attacking dog owner.

Now that the King County woman is at home waiting for surgery, she is unable to work. A mechanic, the victim expects to have a hard time paying for all of the doctor and vet bills tied to this incident. But what is more concerning to the local woman is that her neighbor’s dog may attack children in the area.

To the neighbor whose dog was responsible for this attack, his pet is a friendly dog. While he claims he wants to help the victim cover her medical expenses, King County Animal Control has his dog quarantined inside the house to avoid similar attacks. If you have dog bite injuries call for a free consultation.