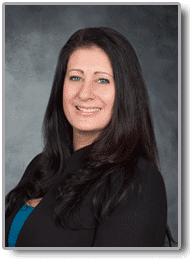 Gina Guiley obtained her Bachelor’s degree from the University of Puget Sound in Tacoma, WA. After receiving her first degree, she pursued a Juris Doctorate from Seattle University School of Law. In the year 2000, she successfully completed the requirements and, in doing so, secured her law degree.

Gina’s law career began at a boutique general practice firm in Nevada. Following a successful period in Nevada, she to relocated to the San Francisco Bay Area. Finally, in 2017, Gina returned home to practice law in Washington State. She currently holds licenses to practice law in all state and federal courts in Nevada, California, and Washington.

Experience on Both Sides of a Law Case

Gina worked as a litigator for top insurance defense and coverage firms during the first 10 years of her career. Her extensive experience on both sides of a case, and understanding of insurance coverage, gives her a unique tactical advantage.

Gina successfully resolves very challenging cases in her clients’ favor due to her invaluable experience. She takes pride in winning cases where insurance companies initially deny, or severely undervalue, her client’s claim.

In 2011, Gina Guiley decided to dedicate her efforts to helping accident victims. As a personal injury attorney, she represents individuals injured all types of accidents. This includes car accidents, slip and fall injuries, dog bites, product injuries, and many other injury cases. Her clients benefit because of her excellent education, extensive experience, and complete dedication.

Bernard Law Group is proud to have Gina on our team because of her impeccable character and impressive abilities. She is a major contributor to our reputation as Seattle’s best personal injury law firm. When accidents happen, people need a talented personal injury lawyer like Gina Guiley on their side. Contact us today to request her services!