The latest weeks have been busy at the US National Highway Traffic Safety Administration.

According to regulators, Ford and Chrysler have launched recalls recently that impact over a million vehicles in the United States.

The Ford recall was launched after the company learned that the 2015 and 2016 Transit vehicles manufactured between July 15, 2015 and April 14, 2016 that come with 3.2L diesel engines may have been fitted with fuel injectors or fuel volume control valves that could experience failure due to exposure to debris. If debris clog the system and the engine stalls, the vehicles may experience a crash as a result.

Consumers with the recalled vehicles should not ignore this recall campaign.

Chrysler Recall Could Expose You to Serious Injury Risks 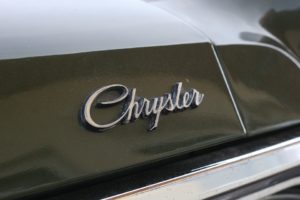 According to the NHTSA, Chrysler has recalled over one million vehicles nationwide over possible air bag issues. The official announcement shows that the recalled units include the 2011 through 2014 Chrysler 200, 2010 Chrysler Sebring, 2010 through 2012 Dodge Caliber and 2010 through 2014 Jeep Patriot, Compass and Dodge Avenger vehicles. These units may experience an Occupant Restraint Control (OCR) module short circuit, which could prevent the frontal air bags and seat belt pretensioners from deploying in case the vehicle is involved in a crash.

Due to this failure, the front seat occupants may be injured as a result.

Consumers with the recalled vehicles who are aware of the campaign should stay alert since the firm has yet to schedule a notification announcement. Until Chrysler has developed a remedy for this issue, impacted vehicle owners are being urged to contact the manufacturer immediately to learn more about how the should proceed to make sure that they are not exposed to any risk.

Since both of these recalls may expose you to risks, avoid injuries and crashes by having you car repaired promptly.