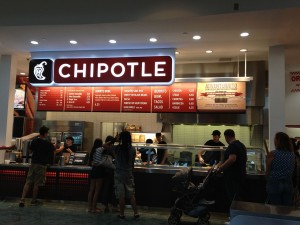 As health officials continue to look into the sources of the E. coli outbreak that sickened 27 Chipotle consumers in Washington, the Mexican grill chain reports that it’s planning to reopen the 43 restaurants in both Oregon and Washington that were shut down after the first illness reports were made public.

While investigators are still looking into the matters to find the origin of the E. coli contamination, the company appears confident enough to reopen the restaurants after having cleaned the locations thoroughly and getting ingredients tested and replaced.

According to an official report released by Washington health officials, it may be hard for them to find the source of the outbreak. The Washington Department of Health said that, too often, sources of food poisoning incidents are not discovered. That’s mostly due to the fact that contaminated food was consumed before investigators were able to collect samples for testing.

Consumers who are exposed to E. coli often experience some particular symptoms such as fever, stomach cramps, vomiting and diarrhea. They often occur on the first three or four days after consumers were exposed to the contaminated food items.

Chipotle executives believe that contaminated meals may have been served on October 24.

The company issued a statement saying that it will be using new ingredients to avoid another outbreak. It has also reported that produce, meat, and dairy used at its Washington and Oregon locations will be fully tested before restaurants are restocked. Chipotle has also stated that restaurants nationwide will undergo deep cleaning and sanitation.

According to infections disease experts, Chipotle’s limited menu may have made the investigation into what caused the outbreaks more difficult. When so many items in the menu share the same ingredients, it’s hard to identify exactly what the source of the outbreaks may have been.

In many cases, products with low levels of contamination end up testing negative for the organism. Even then, they may still contain the bacteria and will end up exposing several consumers to health risks.

If you were contaminated after eating at a Chipotle restaurant, do not ignore the symptoms. Go to the doctor and get tested. Reach us at 1-800-418-8282 for a free consultation of your case.